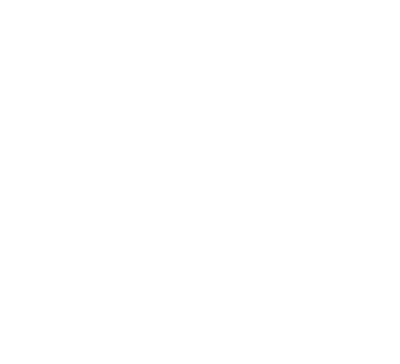 On January 29, 2004, a group of transgender people went to Brasília, Brazil’s capital, to launch the “Travesti e Respeito” (Trans People and Respect) campaign to promote rights and respect for all people and to highlight the stark realities of trans people in Brazil to the National Congress of Brazil.

Thanks to their efforts, the 29th of January was dedicated by Brazil’s Ministry of Health as the Trans Day Of Visibility (TDOV) in order to bring attention to the plight of the country’s trans population.

Brazil is the most dangerous country in the world to be a trans and LGBTQIA + person. In 2016, it was reported that over 800 trans people had been murdered in Brazil, which makes it the country with the highest number of homicides of transgender people globally. The threat against trans people is very real and very scary, but it is not new for this almost invisible portion of Brazil’s society, which encounters exclusion and violence nearly every day. Thankfully, Brazil’s trans community has gained significantly more visibility since 2004 and the first TDOV; however, there is a long way to go.

Does transgender inclusion in Brazil include nonbinary & gender non-conforming people?

Even though the recognition and inclusion of the trans community at large has increased in Brazil, the recognition and inclusion of nonbinary, trans and non-conforming gender people is still very far from Brazil’s mainstream awareness and almost nonexistent in the country’s LGBT+ organized movement vocabulary. Moreover, the recognition and inclusion of nonbinary and gender non-conforming people is unfortunately often overlooked or disregarded by factions of the larger trans community during the celebrations of Trans Day Of Visibility (TDOV) even though the numbers of these identities are increasing all the time. For this reason, a nonbinary and gender non-conforming movement is beginning to emerge, making space for these identities to have more voice, visibility, inclusion, and safety.

The Workplace for Trans People in Brazil

The inclusion of trans people in the workplace is absolutely necessary. There is no social justice without economic justice. Moreover, trans people cannot pretend to be a different part of society. Inclusion in all parts of society for trans people is imperative; in fact, doing the opposite is transphobic.

In a study I conducted with 163 people at the 2nd TRANS PRIDE – TRANS MARCH OF SÃO PAULO* on June 21, 2019, responses showed that trans people want to feel included but currently do not feel included in Brazilian workplaces. For example, 62 participants responded that they find gender to be a barrier they regularly encounter when looking for new employment opportunities. Additionally, 76 participants responded that a company would need to have a diversity program that addresses pronouns and bathrooms, amongst other things, before they would consider working there.

Transgender inclusion in the workplace year-round

Many of the companies that my diversity and inclusion consulting company [DIVERSITY BBOX] talks to are very genuine in their desire to become allies for the transgender community; however, they often do not know exactly what we are asking of them. For example, what does it truly mean, as a business, to be an ally to the trans community? Workplaces still needs to be educated around transgender inclusion and encouraged to transform unconscious biases.

When I consult with companies, I prefer to insist on a deeper transformation of the company’s culture and hiring practices, as well as a comprehensive training of the entire workforce to not only include but seamlessly integrate trans people into the company.

To help with this, we at [DIVERSITY BBOX] prepared a manual and guide for inclusive communication, best practices for pronoun and bathroom policies, along with a calendar with the most significant dates related to diversity themes so that Brazilian companies can become familiar with how they can more effectively include transgender people in the workplace throughout the year.

What the Future Holds

Even though there is a long way to go, I am forever grateful to the trans people who made TDOV happen. I am hopeful that all parts of the trans community will realize they are facing the similar challenges and band together in solidarity. I am hopeful that companies will continue to include and integrate the community as valuable members of their workforce. I am hopeful that Brazil will become a safer nation for LGBTQIA+ people, but most especially trans people, to live, and work, and thrive. And to these ends, I commit my work, my art, and my passions.

*The TRANS MARCH OF SÃO PAULO aims to bring equal visibility as well as celebration to Sao Paulo’s trans-community. The event is celebrated each year in June, during Pride week instead of on the Trans Day of Visibility, in order to be in solidarity with all the other trans marches happening world-wide on the same day.

Social artist, educator and documentary director, Pri identifies as a person of color, transgender / non-conforming gender / gender queer. They are CEO of [DIVERSITY BBOX], a consulting company specializing in diversity and inclusion focused on the trans-community. They are founder of [SSEX BBOX], a project focused on themes of sexuality and social justice, operating in San Francisco, São Paulo, Berlin and Barcelona. And they are also the creator and executive producer of the São Paulo Trans Pride March. Pri uses their creative skills of multimedia art, somatic training, and Non-Violent Communication (NVC) to work with people and organizations bringing new ways of thinking and being, and to pose social challenges to the world.